Speed is not just about how fast a vehicle can move in one direction. Speed is also the amount of time it takes you to get from point A to B, your commuting time.

So before moving on to discussing about the e-bike absolute speed, let's see why e-bikes offer a faster way of commuting.

A car can reach a very high speed in theory, but in practice, the average speed in todays dense cities is quite low. It is somewhere around 5-15mph..

Traffic congestion is very problematic in today's cities, the car does not symbolize anymore the same romantic, easy life and enjoyable ride as it was symbolized back then in the 30's. It does have it's place of course, but inside the city, it doesn't delivering the goods.

Scooters and motorcycles are better, because they can pass cars and they are more agile, but they are too, still bound to the road network and you can't make a complete door to door journey or change your route direction quickly.

An electric bicycle isn't bound to the road network and it can maintain an higher average speed relatively to traditional bicycle. Inside a dense urban city, your average speed would probably be higher then the average speed of a car and you will complete door to door trips much faster.

It's a win-win situation. You get the bonuses of using a bicycle without the hassles. Headwinds and hills are not being a threat anymore and you can use any route, reach any door and generally be very mobile.

One of the highest attraction factor of e-bikes is that they don't require paying any tax or having any license.

Each country has it's own laws regarding the maximum allowable speed of e-bikes and whether they can be pedelec, power on demand bikes or both. For riding at higher speeds, you will have to get a license and you won't be allowed to ride on bicycle lanes and pavements.

Some countries have also set a e-bike weight limit. A weight limit restrict dealers from selling motors and batteries which are too heavy. This is an indirect way to control the maximum speed.

Commercial bikes generally obey the speed limit and cut close to this speed. But just for you to know, it is fairly easy to make a homemade bike that goes over the speed limit while still using a legal motor.

Many people want to get the highest powered e-bike available, but instead of dealing just with the highest attainable speed, you should also consider the performance under head-winds, up-hills, and also look at the acceleration performance.

You should aim for an e-bike that can maintain a constant speed nearly all the time, without dependence on outside conditions.

You should expect to climb moderate hills with ease. The electric bike should eliminate the hill fear factor that prevent many people from riding conventional bicycles.

Some e-bikes has monocoque frames where most of the electric components are enclosed inside the frame. When riding an e-bike like this up a hill, to an outsider it would look like magic.

The demand for higher power e-bikes is best illustrated by how the "BMC Motors" company has evolved during the years: 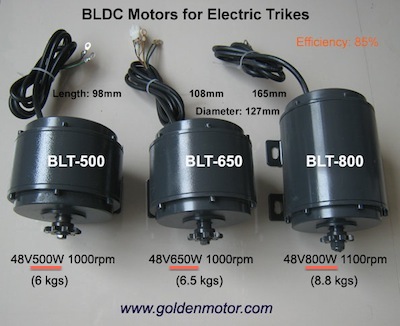 Going too fast inside an urban area is not the best idea. Traveling at 45km/h on pavements is not exactly the safest thing in the world.

Also, going too fast on a low quality e-bike is a potential death request. The components of most low quality electric bicycles cannot deal with high speeds. The rims and forks cannot handle the high pressures, the brakes wouldn't stop the bike fast enough and the suspension (if exist at all) won't handle the high speed well enough and you will probably get nausea.  Therefore, low quality e-bikes should be ridden at low speeds, attaching a too powerful motor is not recommended. So there is a speed suitable for the streets but if you want to go off-road, the rules are different. Here you can put for test the full motor power which will take you through the rough terrains and steep hills.

A good solution could be to have an e-bike which can be easily adjustable to different max power outputs and top speeds. In this way, you can meet any local law when needed and adjust the power for off-road cycling. But be very careful here, read the law carefully and see what exactly is allowed.

Also, some systems have electronic speed limit. With some technical knowledge and internet browsing you should find out how to hack this kind of systems. When talking about ebikes, your muscles power do need to be counted.

Power-on-demand e-bikes are capable of pushing you without your help but they perform much better when you help them. You will be able to reach higher speeds and cover more range.

Pedelecs won't start without you pedaling. Moreover, beyond a certain speed, the assistance will turn off and only your muscle power will be counted.

In some systems, you have to make sure that the gear ratio was implemented wisely. Otherwise, when traveling at high speeds, the cadence will be too high and your will have to pedal like crazy just to help a little bit.

Motors are designed to operate at a specific speed. For example, a motor that is intended for a 20” wheel must turn much faster than a motor intended for a 26” wheel to achieve the same speed. Because of this, just being powerful is not enough to gain higher speed. It is possible to have a powerful motor that will not turn any faster.

Gears add friction - Cyntronex for example, came up with a fabulous e-bike with only one gear. It is quite fast even though it is a single speed bicycle. But it also have some drawbacks, especially when going up-hills. 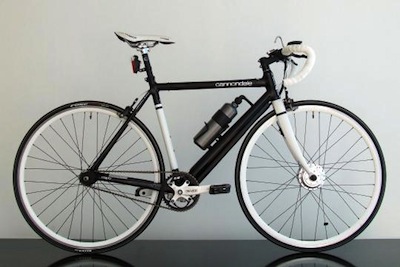 The acceleration phase and taking the e-bike off the line are the stages in which energy consumption is the highest.

Electric bicycles accelerate faster the regular bicycles. This can come in handy especially inside cities with all it's roundabouts and traffic lights. But, instead of getting a too powerful motor that will cannon you from zero speed all by itself, consider a smaller motor and add your muscles pedaling force. You will get a more energetically efficient electric machine.

More explanation about acceleration and torque can be found here.

Many e-bikes, motors and batteries manufactures advertise high efficiency numbers. 90 percent and up is a common sight. You have to know that this numbers are taken under ideal load-power design and real world efficiencies are smaller.

The less power, the more environmentally friendly (and energy efficient) the e-bike will be. Traveling at 30km/h for 1 hour will consume much less energy then traveling at 60km/h for half an hour even if those two e-bikes have the same weight. But bear in mind that going at 60km/h would require an e-bike which is much heavier and this in turn will make it even more power consuming.

Here is a concise list of what affect the electric bike speed: