The electric bicycle history began somewhere around 120 years ago. It went through a couple of downs and ups periods and had a lot of technological improvements over the years.

In 1867 and 1886, even before the first appearance of the electric bicycle, two inventors invented a motorized bicycle that used steam engine and internal combustion engine. Such bicycles got less and less popular over the years and today we can hardly see them. 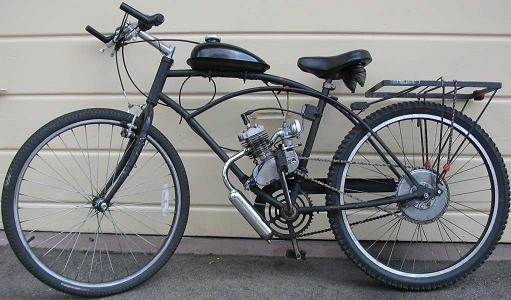 One of the first patent for electric bicycle was issued at the end of 1895 by Ogden Bolton Jr. 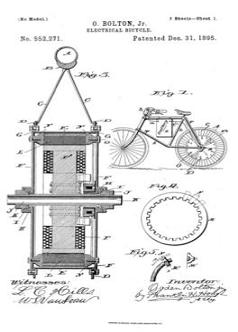 He introduced an improvement for the electric bicycle but he didn't mention any earlier invention so we know that he is not the first one but I didn't find any patent related to electric bicycle that issued before.

This is amazing that the hub motor was invented 120 years ago. Over the years it has almost forgotten but it came back big time in the last decade. Today, it is vastly used in the electric bicycle industry and it is one of the best way to propel the electric bicycle.

Two years later, Hosea W. Libbey invented an electric bicycle with two motors, two batteries and two wheels. This guy had a great idea. On a plain road, only one battery would work and when climbing the second battery will also come into action. This is probably the first form of electric bicycle controller. Today, we have far better techniques to control the battery output. Here is how his invention look like: 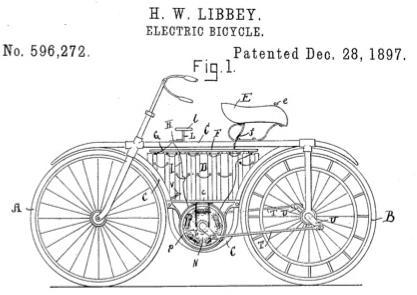 It is hard to see but in this picture the motors used crank rods to rotate the wheels. After a short while, Mr. Horesa changed this big clumsy rods to a more efficient chain drive. You can see the full patent here: 596272.

In 1898 Mathew J. Steffens issued a patent of an electric bicycle that are operated by a belt that is placed on the periphery of the back wheel and also around the motor.

Look closely at the picture below, you will see that the belt is pressed to the ground with the wheel. The wheel had some kind of slots to prevent the belt from slipping away. This kinds of propulsion system is very creative, but I don't really sure about its efficiency; 613732 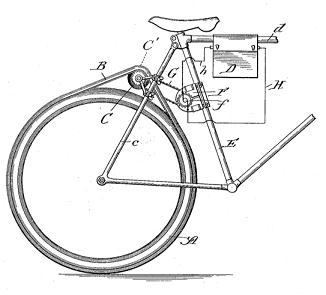 After all this belt drive systems came an idea for a friction drive. In 1899, John Schnepf introduced a bicycle which used a pulley that rest on the top surface of the rear wheel.

The pulley rotated with the help of the motor and in turn moved the wheel; 627066

In 1969, A. Wood, Jr. took Schnepf invention and turn it to a more complex friction system consisting of 4 different motors. Each one of them is pushed to the front wheel. I'm not exactly sure what are the advantage but I will read more about it in the future. This is how it was look like: 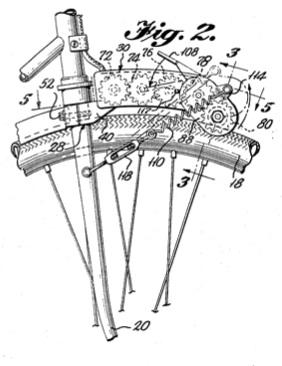 In 1946, Jesse D. Tucker assigned a patent for a motor with internal gearing and with the ability to freewheel. I don't know if it was the first proposal to such an invention. Anyhow, Mr. Tucker assigned a patent to one of the most identifying characteristics of the electric bicycle. The ability to use the pedals in combination or without the combination of the electric motor. 2514460

Many more patents were issued with improvements for the friction and belt drives. I am not familiar with all this inventions but I will keep updating this page in the future in order to create a complete storyline of the electric bicycle history.

Today, electric bicycle is quite a big industry and it's growing very fast. There are roughly 120 million e-bikes on the roads of china. And in the USA and Europe, the number of electric bicycles sold are in the millions now.

Invention such as torque sensors, power controls, new batteries and better hub motors have allowed the industry to come to where it is today.

Just a decade ago, draining power energy was a big issue and the prices of the e-bikes was sky rocketing. Advanced technology made miracles and today there are dozens of companies manufacturing electric bicycle.