Celebrities are a great way to promote almost everything.

Leonardo DiCaprio is one of those celebs. He was shot one day ridden on an Ultra-Motor electric bicycle: 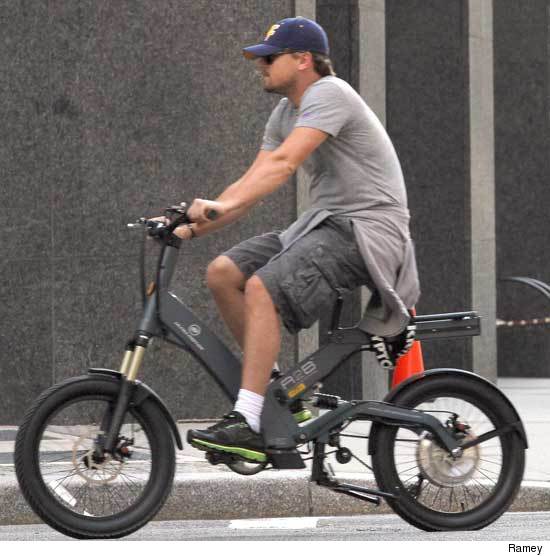 Here is another photo of Leonardo DiCaprio together with Blake Lively on ebikes: 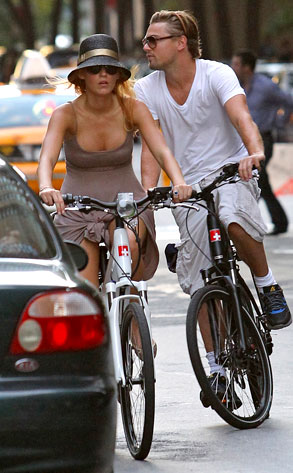 And here is Prince Charles riding on an electric bicycle provided by Spencer Ivy: 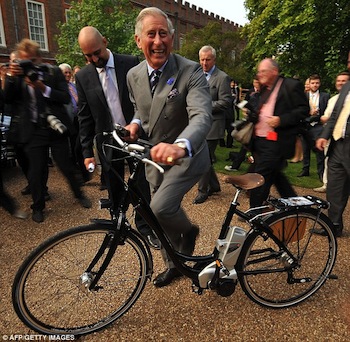 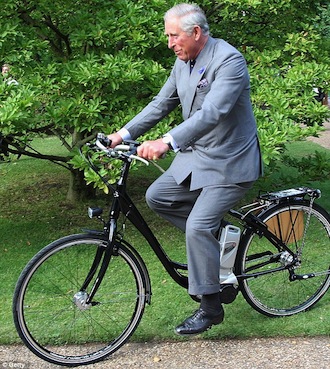 Another example is the following article: Politicians on two wheels. Although it's not about electric bicycles but just about regular bikes, it is still a great example.

And another one is Matthew Rhys who rode a folding e-bike on the “Green Carpet” at the 21st Annual EMA Awards: link

And if you want to see more pictures of celebrities on bikes, click on this link: Famous People Riding Bicycles