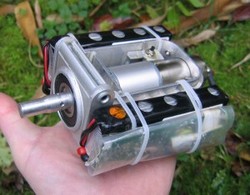 This electric pedals could someday make your bike power itself just by swapping your bicycle's pedals with Fast Forward Electric Pedals. The integrated system inside the pedal will give you a boost as you go.

Electric bicycle motors are usually mounted in the wheels or somehow integrated into the chain drive or to the tires. It is not always so easy to install those system on an existing bicycle.

Fast Forward Pedals obviously offer a simpler way to integrate the electric components to the bicycle. You just have to wonder how nobody has taught about it before.

The idea is just an idea at this point and there is a lot of engineering work to do in order to bring this innovation from the lab to the market.

According to the inventor, Stephen Britt, this system should give you:

And as with every great idea, Stephan said that the idea formed in his mind after being stuck in traffic for 90 weeks while a bridge was built as part of some improvements. 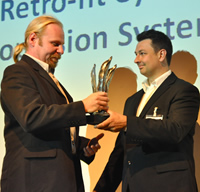 A short while ago, Mr. Britt won the U. Brighton Innovation Awards and got £50,000 to try to make his invention a reality.

If you think that you have an idea on how to take this idea to next step or if you want to offer any help, click here: Take One Small Step and live your comment. (There is also a nice clip in this link that demonstrate the concept.)